Sorry for the delay in getting another post up. Thanksgiving and all.

Past posts have focused on the practical side (Thank you Erin, Ashley, and Sandi). For this post, I’d like to tell a story about a woman with whom I worked for a couple of years and remind us why we do the work we do. I tell my college students that they’re learning to do a job that can change the world every day. And, it’s true.

I was doing some research at a literacy lab in Hartford when one of the teachers approached me. We had been holding focus groups for our study and she had been a participant.

She told me about her wife who had terrible problems with math. She had been trying to get into nursing school but kept failing the basic math exam. She asked me if I could work with her. After finding out a little bit about her, I agreed to meet her.

I didn’t expect my meeting with Marcie to amount to much. Up to that point, most of the adults I’d worked with were overwhelmed by math would give up pretty quickly. They didn’t seem to like the element of learning math where you had to get stuck – and then make the intuitive leap to deeper understanding. When faced with something that feels unsafe, the automatic response from the brain is to prepare for flight or fight. This is an evolutional adaptation. The mind can’t attend to critical thinking when it’s in a survival state. When you’re scared, it’s hard to do math. (Much more on this in a future post)

Marcie was (and still is) one of the fiercest people I know. She just wanted to know if it were possible to really learn math, if everyone could really do it. I told her that, aside from a couple of students I’d worked with who were nonverbal and had severe physical limitations, I’d never come across anyone who couldn’t learn math. I’d worked with some students who weren’t particularly interested in learning it, but even they were competent. That was all she needed.

Marcie came from one of those families that every teacher deals with from time to time. Her father was in jail a good part of her childhood and her mother had problems with substance abuse. At the age of 12, Marcie took charge of her two toddler sisters. She made sure they were fed, as safe as a girl her age could make them. She made sure they felt some sense of parental love. When I met her, the girls were teenagers and about to move in with her and her wife. This should tell you much about her as a person. She is fierce and fiercely loyal.

She took on this absurdly difficult job into the sixth grade with the usual work a middle school student must do. Not surprisingly, her school work suffered, particularly her work on math. She had way more important things to do than what she did in school. She prioritized. Unfortunately, this is when she started getting unhelpful comments about her native ability from her teachers. That trend continued throughout high school. In the end, Marcie came to believe that she was stupid (her words) when it came to math.

As you read this, I’m sure you can think of 20 kids who believe the same thing about themselves and math. Sometimes the message comes at very young ages. There are obvious ways children get the message that they are incapable, tracking, for example. And, there are subtle ways they come to understand that there’s something wrong with them, like when we use the term, “low kids”. Even the term I use so much, “struggling learners” has a message to it. We are trying to communicate that we want to support some students to be more successful but, sometimes, we show a bias that is deeper than we realize. This is why I always ask teachers, “Do you believe that EVERY child can learn math?” This is a different question than, “Do you WISH every child could learn math?” Working with Marcie challenged me to think hard about what I really believed.

I worked with Marcie for two years. I never pushed her. We took things at her pace. Some weeks she was overwhelmed by her life and seemed to take two steps backward. We recalibrated, returned to previous concepts and strategies, and began again. Some weeks she was sharp, and her intellect showed. I tried not to have too many expectations about her work on any given week. We were in this work for understanding, and that often means patience and steadiness. During that time, I grew very fond of her, of her incredible persistence, and of her clever mind. It’s the thing we all do with our students. I’ve often wondered how that positive regard translates to support learning.

She eventually took the exam and was passed into a more advanced class for nursing than “basic math”. She did well in that class. I spoke with the woman at the community college who tested her. Her score on algebra and geometry was almost perfect. The arithmetic part of the test, material which brought back strong memories of inadequacy for Marcie, was harder. The tester told me she frequently stopped and closed her eyes before continuing. I told her this was her way of dealing with the anxiety. We had worked out ways for her to identify her anxiety when it arose and to calm herself down, so she could access to her own cognitive resources. In these moments she was upshifting from her brain’s survival state to its executive state.

Marcie, it should be obvious, had a big impact on my teaching. She made me a believer that all students can learn. She taught me what it means to listen to a learner, to be patient for understanding, and to encourage persistence with an absolute faith in her ability. 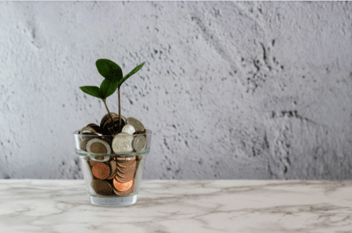 This school year has so many of us feeling like our first year teacher-selves,... 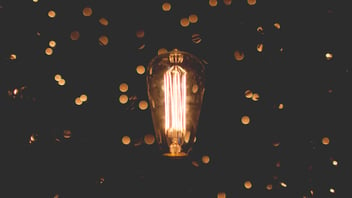 I just finished working with a large group of teachers in Montpelier. They were...