Often, when we talk about differentiation and inclusion, the responsibility is put upon the teacher to create, provide, and derive the means for low floor/high ceiling tasks (with multiple entry points) so all students may access the learning activity. I had the rare pleasure of experiencing a moment when a teacher let the students in her class, inspired by one typically marginalized student, take the lead in creating one of the most inclusive math classes I have had the privilege of experiencing. What follows is a true story:

David was a first-grade student, in both stature and nature, however, he struggled to keep up with his peers academically. His overall cognitive functioning was well below that of a “typical” 6/7-year-old. He struggled to remain in one spot through any kind of “sit and listen” task. His body wanted to be in a state of constant motion. His mind was equally darting. Staying in a classroom long enough to get through the directions was a huge challenge and, unfortunately, meant he didn’t often get to participate in the action of “doing the math” the class was doing, as he was often asked to leave before the actionable steps occurred. David’s classroom teacher was fully invested in his success as a student in her classroom. She was constantly working with me (the special educator) to find ways to keep him engaged and in the classroom. One day David came moping into class after being in his music special. His shoulders were slumped, and he was staring at his feet. When asked what was wrong, he stated that he was angry and he “needed a minute” (a phrase he’s been taught as a script to use when he was not yet ready to process.) The class came to the rug to “bunch up like grapes,” and to hear their next direction. David sat in a chair off to the side. After a few minutes, David grabbed a clipboard and a pencil and urgently left the classroom. I quietly followed him to see what he was planning.

“David, where are you going?”

David was not ready to speak, and he did not answer. I followed, a few steps behind. He walked to the classroom door across the hall and stood outside. He began to make tally marks on the paper on his clipboard. David turned to me, pointed to his clipboard and the three tally marks on his paper.

“Three! Three people are tipping their chairs back and no one is making them leave the class!”

David went to the doorway of the next classroom and made two more tally marks on his paper.

This was interesting for several reasons. Until this moment, I had not seen David fully grasp the idea of 1:1 correspondence. He had not consistently used the correct number name for the correct representation of a group of objects. And until that moment he had not shown this new ability to communicate with data.

I took a breath and kneeled to David’s level.

“David, did you get asked to leave music class today because you were having trouble keeping your chair legs on the ground?” This was my second-year case managing David and I knew him well by now.

“Yes. I had to leave music because my body had too many wiggles and my chair didn’t stay safe. But no one is making these kids leave class!” He was gesturing at the tally marks on his clipboard.

David and his 7-year-old logic were not wrong.

“David, let's go back to your class and talk to Ms. X (his classroom teacher) about this.”

David and his clip board went back to his classroom. He did not wait his turn to talk. He bounded into the classroom and loudly proclaimed his indignance to his whole class. Ms. X did not get mad at David. She listened and a few of his classmates confirmed that David had in fact been asked to leave music for tipping his chair. Ms. X looked at David's data collection and then did a powerful teacher move. She took the paper off the clipboard and placed it under the ELMO and projected it for the whole class to see all 5 of David’s tally marks.

“David, can you please tell your classmates about this important data you have collected?”

David went on to tell his classmates about all 5 students who had been tipping their chairs (he had to count the tally marks again to be certain of the total). Other students remarked that they too had noticed that other people tip their chairs in other classes. Ms. X asked her class to take a moment of think time and come up with some things they wondered about David’s data. The class brainstormed a list of wonderings. They wondered how many people tipped chairs, how long chair legs stayed off the ground, and if other kids got in trouble for tipping chairs. Ms. Mendl left the list of wonderings on the board. She redirected the students back to the task they had been doing and then the class went about the rest of their day.

The next day when the students came to class the list of wonderings was still on the board. Ms. X asked David to come to the front of the room. She thanked him for his data collection the day before, and said that she had been up all night thinking about the list of wonderings. She asked David if he thought he could help the rest of the class to find the answers to some of the wonderings on their list. David felt he could assist with this task. Ms. X explained to the class that they were going to be undertaking a very important project. They were going to track data on chair tipping to help inform the school principal about this important topic. First they needed to decide which wonderings to investigate that would give the most important information to the principal. Then they had to decide what type of data to collect and how to collect it.

David and his classmates spent all of their morning meeting selecting which questions they would answer, the data they would collect and how they would collect it. Ms X appointed David head of data collection (along with some supporting quality control officers). During math class that day, armed with clipboards, paper, stopwatches and pencils, 13 first graders spent about 4 minutes in classrooms, throughout the K-8 school, collecting data (in the form of tally marks) on how many chairs were tipped during one-minute intervals of time. The students then came back together in class and examined their data. Day one led to interesting finds and, ultimately, more questions and wonderings. By the end of the week, the students had collected data, across grades k-8, on approximate numbers of chairs tipped in a minute, they had compared if boys or girls were more likely to tip chairs, they had looked at which grade levels tipped chairs the most, and one group of students had tracked data on the “about length of time” a chair stayed tipped.

The students worked to make display charts and posters, and the next week they invited the principal into their classroom and shared all the data and displays with her. At the front and center of the explanation and sharing was David, beaming, excited and running all around the classroom, but fully able to explain the data and answer most of the principal’s questions.

Ms. X took a chance in letting the students take the lead in this learning experience. The payoff was immense . David was empowered both academically and socially (given status among his peers and a self designed math learning experience in which he was completely engaged). The other students in the class were fully engaged in this task as well. Because the students led the task, the multiple entry and access points were self designed and self selected. The task, data collection of chair tipping, was low floor/high ceiling. The students could extend it by asking and seeking answers to different questions, using the data collected or collecting more data specific to their needs. This was not too time consuming and it was a great alignment with grade 1 Common Core, so even if the access points to the “standard curriculum” were different, the learning objectives were met in an age appropriate and fully differentiated manner. Ms. X did not have to spend hours creating this activity and teaching the students what she needed them to glean. The student(s) did all the work and also owned all the math thinking in this example. This story is an example of a core ALN belief- allowing students voice, choice and autonomy or self-direction can lead to powerful outcomes related to understanding and students seeing themselves as competent math learners. Ms. X assigned competence to David which will have a lasting impact on his experience in school.

ALN is pleased to release the fourth chapter of its brand-new book on the blog for free! This... 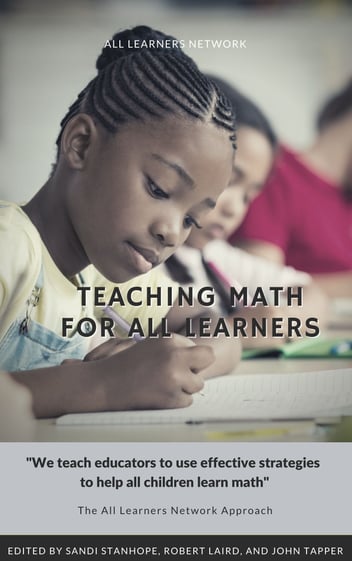 ALN Book Release: Chapter 5—What Students Have to Say

ALN is pleased to release the fifth chapter of its brand-new book on the blog for free! This... 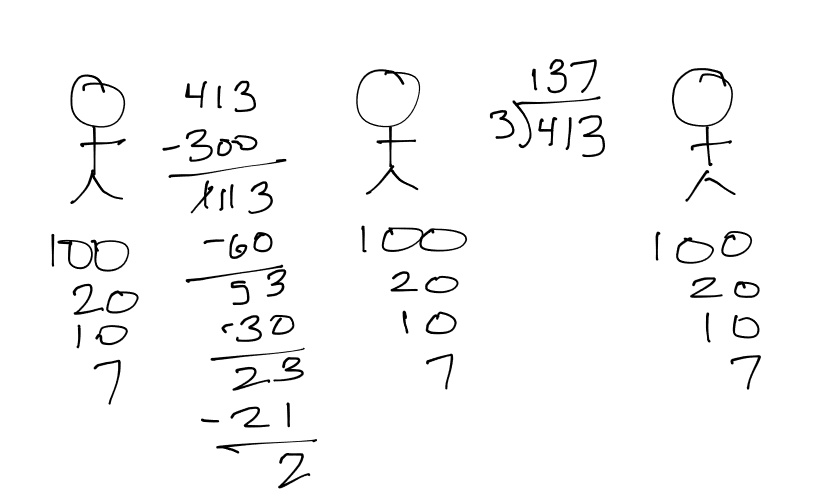 What do special educators need?

What do new Special Education teachers need most? More support for teaching math!